The Danish biogas model and its replicability in Spain 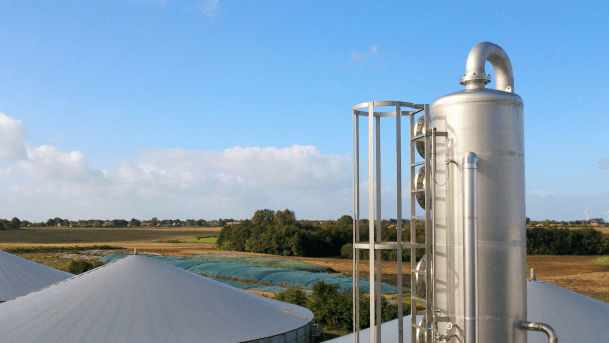 Narcis Margall is a consultant specialized in promoting trade relations between Denmark and Spain in the renewable energy sector. For 16 years, through Danish institutions such as the Danish Chamber of Commerce for Southwest Europe and now with the initiative biogasdanes.es, this aims to support the deployment of the Danish model of biogas and biomethane in Spain.

Denmark is home to 5.5 million people in an area similar to that of Aragon. With a pig herd like that of this autonomous community, it has more than 200 biogas plants that produce 4,166 GWh of green electricity per year and 51 of biomethane, which inject 25% of the gas consumed by the country into the gas network.

Like other countries, in the recent past Denmark relied on imports of fossil fuels. The oil crisis of the year 73 of the last century caused a strong impact on society and caused acceleration in the development of alternative technologies such as wind power, biomass and biogas. The discovery and exploitation of oil fields in Danish territorial waters in the North Sea came later.

Therefore, Denmark accumulates more than 40 years of experience in the development of biogas plants, and economic sectors such as agro-industrial, environmental and energy, as well as public administration at all levels and the equipment industry, know perfectly well how it works the biogas sector.

A 40-year learning curve: from fossil fuels to 25% biomethane in the gas grid

In the 1980s, small, individual plants were built for three main reasons: self-consumption of energy on the farm; avoid odor nuisance to neighbors; and have a better fertilizer than raw slurry.

It soon became clear that the investment was too large for most farmers to undertake, so larger centralized plants began to be designed, financed by groups of farmers and ranchers who sold the energy produced to the electricity grid and to the local heat network and jointly managed the fertilization of their land. The size of these plants did not stop growing, going from facilities with a capacity of 100,000 tons/year in the 1980s to others of 400,000 tons/year built during the first decade of this century.

The last phase of this technological evolution occurred in 2011, when the Danish government made the strategic decision to ensure that the country obtains 100% of its energy from renewable sources in 2050. In this scenario, biogas is considered a fundamental vector in those sectors where electrification is not efficient.

To promote the construction of biogas plants, economic support was equated for all uses of biogas, which translated into a boom in the conversion of biogas to biomethane and its injection into the network, which is the current model. In fact, in Denmark biomethane has already exceeded 25% of the total volume of gas in the network.

A development model that thinks about efficiency, professionalization and encouraging investors

The Danish government has established a quota of 75% of livestock manure in the mass to be digested in the plants so that the projects are eligible for financial support. Of course, there are biogas plants from other sources: WWTP, landfills and industrial plants, but they contribute less than 15% of the total biogas produced in the country.

On the other hand, maximum efficiency is sought: for example, it is preferred to build a large plant than several small ones due to its greater sustainability and lower economic cost, or why look for intermediate paths to the use of biomethane, which make the process more expensive, instead of to prioritize injection into the grid.

Thirdly, the management of the plants has been professionalized, which allows optimizing resources and guaranteeing the correct management of waste and its traceability.

Finally, the Danish government strongly supports the expansion of biogas with economic support measures, simplification of procedures and elimination of obstacles to the development of the sector. For example, all Danish municipalities must define locations for biogas plants in their land management plans. And also, in 2012, a national system of green biogas certificates was introduced, to which the majority of operators adhered to value their product.

On a recent visit to Denmark, a delegation of Catalan authorities met with members of the Danish Energy Agency who stated that their role is to "reduce investor risk in those technologies we wish to promote."

The biggest difference with other biogas implementation models such as the French or German is the aforementioned focus on economies of scale and efficiency, in pursuit of financial viability that reduces the need for e state support in the form of grants or premiums.

I am not an expert on the other models, but the German one was a victim of excessive use of energy crops to increase biogas production, and the French model is being heavily subsidized by the state, which can lead to wrong decisions in the choice of technologies and generate speculative effects.

Is the Danish model replicable in Spain?

It is possible to replicate this model in Spain, taking into account the need to address some particular challenges: technological, such as the excess of slurry in relation to the agricultural area that exists in certain regions, or conceptual, such as converting anaerobic digestion into the priority technology for the reuse of organic waste, whatever its origin, as established by the European Commission.

The Next Generation funds are a great opportunity to do in 5 years what it took Denmark forty to achieve; Taking advantage of this favorable situation requires having clear ideas about the most convenient and efficient model or models in the long term at the national and regional levels.

The main objective of the biogasdanes.es platform is to promote the Danish biogas model in Spain; It is promoted by three Danish companies and has the support of several institutions in Denmark. These three technology companies are part of the biogas and biomethane value chain: Lundsby Biogas designs and builds medium and large turnkey biogas plants; Ammongas is a leader in biogas conversion processes into biomethane using amine technology, especially efficient in processes with high volumes of biogas; and, finally, Gemidan Ecogi has developed a technology that allows the organic fraction of MSW to be processed and converted into a biopulp without impurities for use as a co-substrate in biogas plants, which facilitates its subsequent application as a fertilizer since it does not contain inorganic materials. like plastics.